A Bunch of Bull 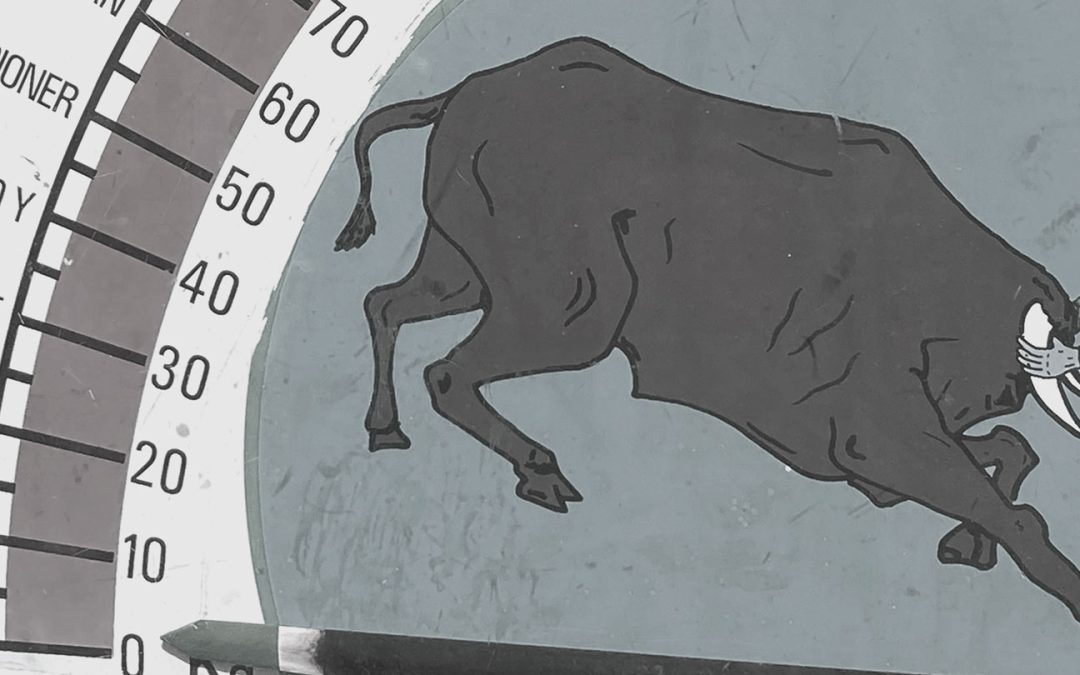 We were at a family reunion when I discovered this relic of a carnival game. It is in the same genre as the High Striker (the one where you swing a mallet to ring a bell). You literally grab the bull by the horns and squeeze. It is an awkward movement. I’m not really sure which muscle groups I was using but my rib cage hurt for a few days after.

The thing that kept me thinking about this game wasn’t the residual pain though, it was the scoring system. It was a basic list of names ranking the strength of each player. From boy to little man to superman (and everything in between).

It reminded me that most of the names people give us (and we take on) are tied to our production. It feels good to be praised for a rare ability and I think much of what we do is subconsciously aimed at securing applause.

In the words of Terry Pierce, “Remember that there are many people who think they want to be matadors, only to find themselves in the ring with two thousand pounds of bull bearing down on them, and then discover that what they really wanted was to wear tight pants and hear the crowd roar.” 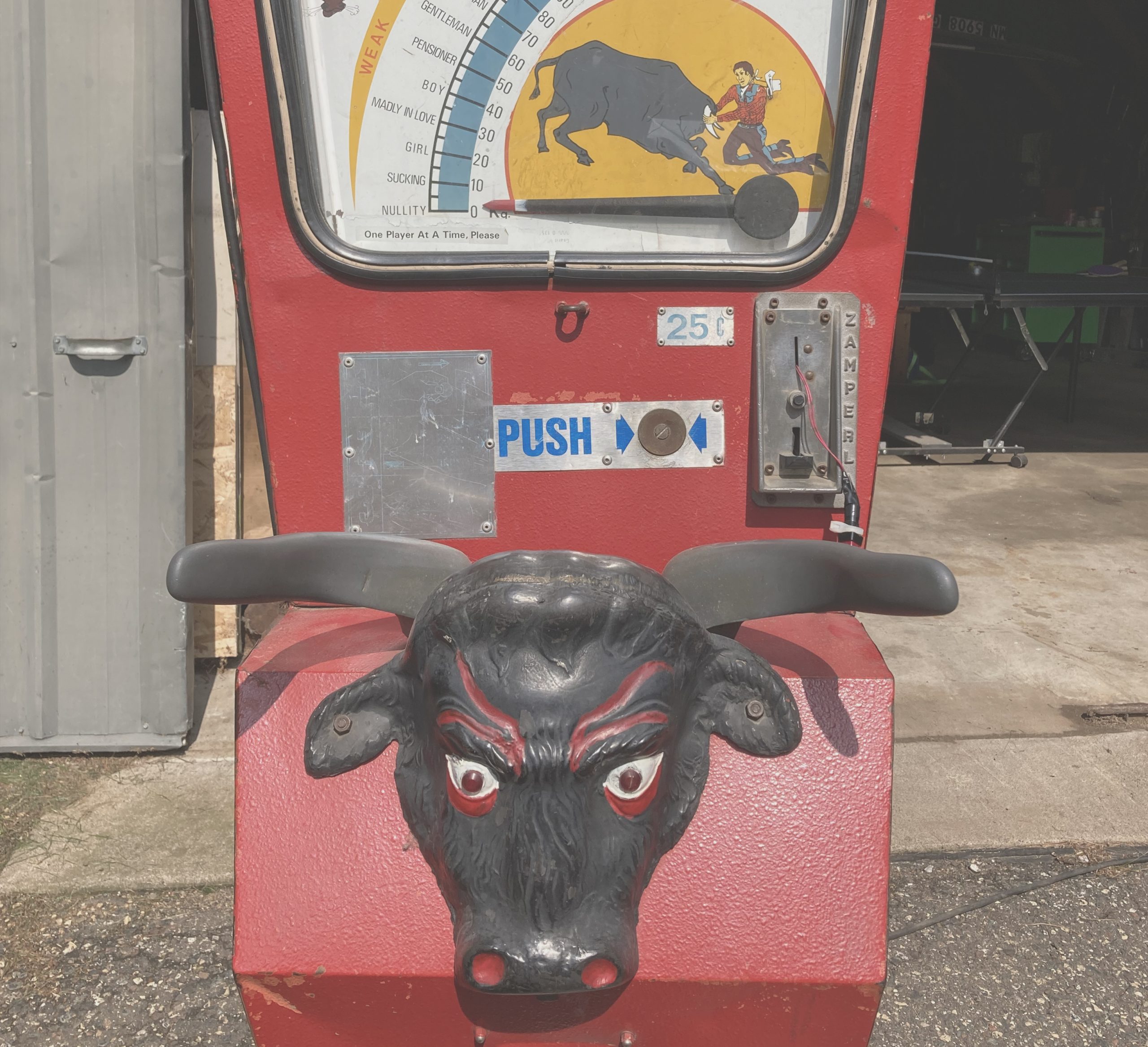 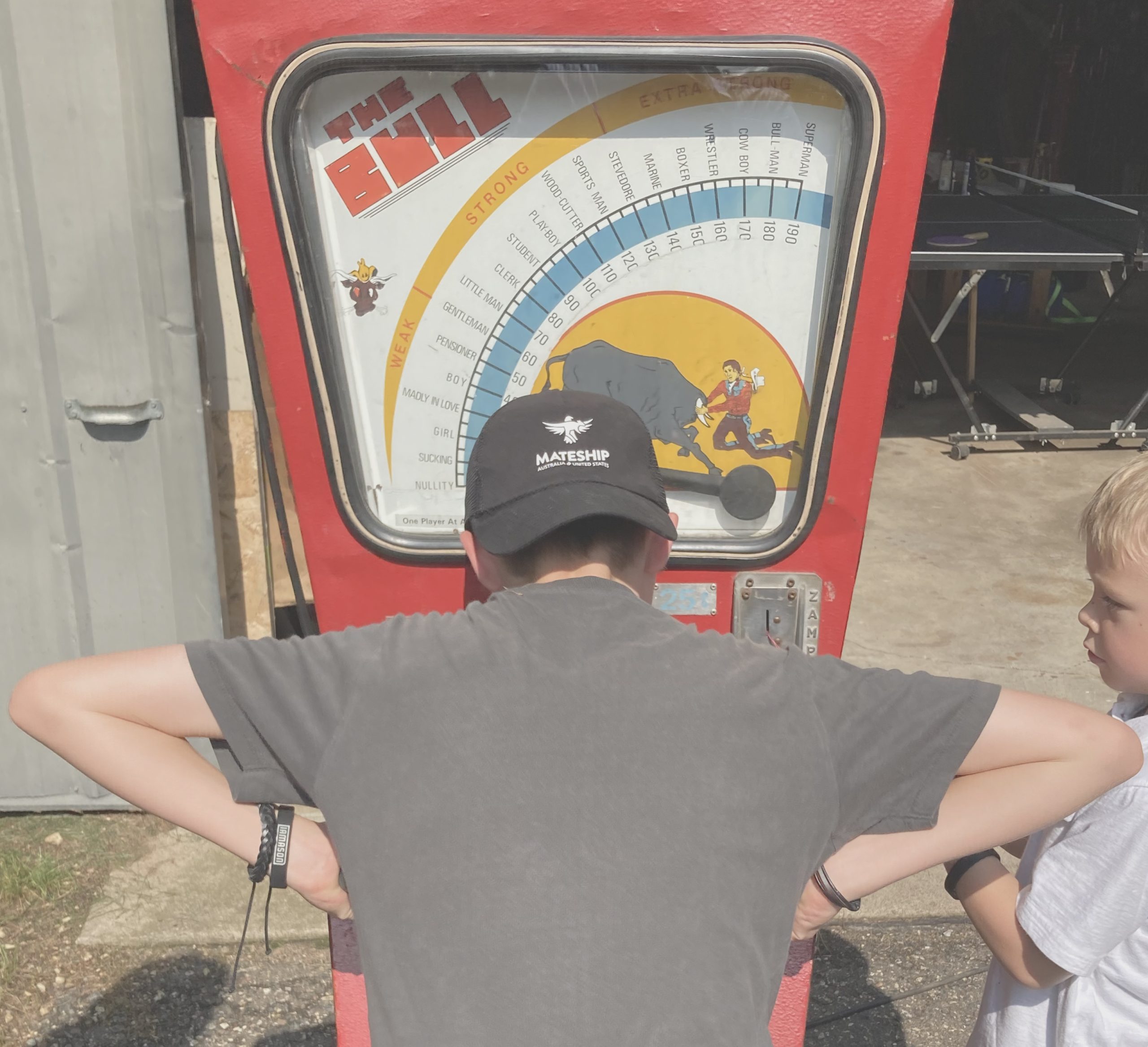 But there is an inherent danger here. If my name (i.e. my identity) is derived solely from my performance, my worth will be constantly threatened. Because what happens when I fail to produce? Unfortunately the crowd is fickle.

We all need validation. It is core. I’m simply suggesting we fill this need by turning to an unconditional, unchanging source.

I’m working hard to make sure my kids know my opinion of them is unrelated to how far they can turn the needle. I love them inherently. And this love was secure long before they could even sit up let alone wrestle a bull.

If this is true of my fathering, how much more so with God.