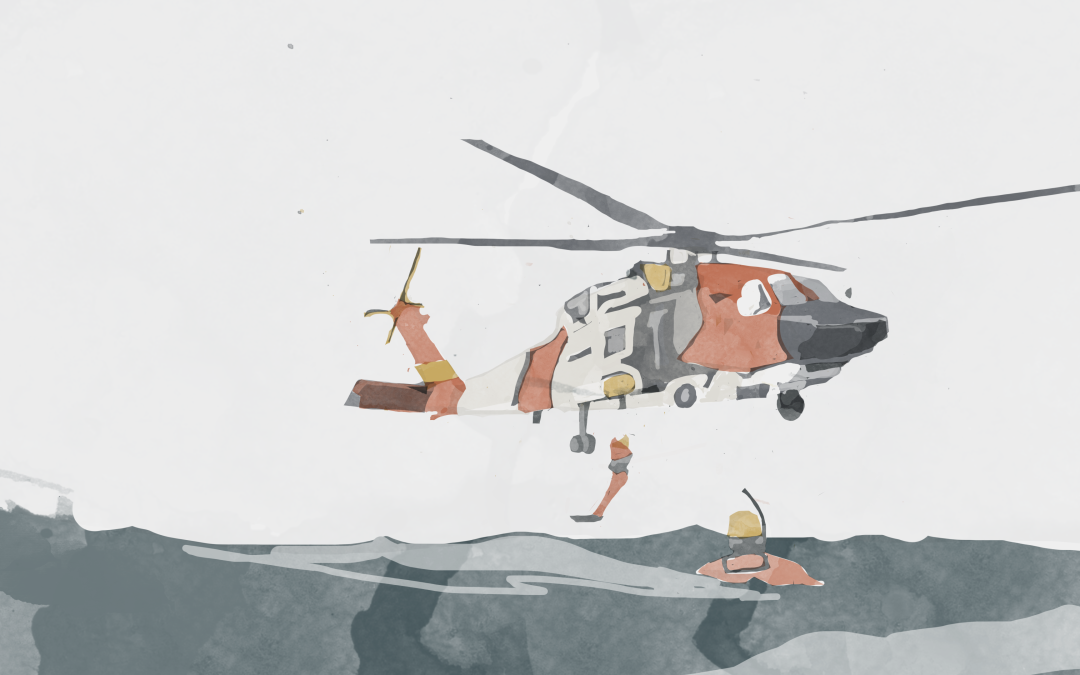 Self-preservation is not all bad. If you are being chased by a bear or mountain cat, it is helpful. Or securing your own oxygen mask before trying to assist others on a plane that’s going down. Seems logical.

But there is another type of self-preservation. It is an inner voice that says, “Every man for himself.”

I was sitting in a lifeboat replica at the Titanic museum in Branson, MO and listening to the biographies of various survivors. One was a sailor named Robert Hichens. He was given charge of Lifeboat #6 which was under capacity when it was cut loose from the mother ship. It was alleged that he refused to go back to look for survivors after the vessel yielded to North Atlantic. Self-preservation. It is utterly dishonorable and yet there is a part of me that feels the pull.

But the truth is, I don’t want to be that kind of man. I want to be one of guys still playing his violin as the vessel is going down. Or even better, I want to be the one who would charge the lower deck and sludge through neck-deep water to find any left behind.

I’ve recently taken an interest in the Coast Guard rescue swimmers. Imagine jumping into a violent ocean from the open side of a helicopter in the middle of a swelling storm. This team operates under the simple motto, “So others may live.”

The actions of the violinist and the rescue swimmer would seem crazy if this world was all there is. But it’s not. There is life beyond this life. Self-preservation is a lie. Jesus said those of us who try to save our lives will lose them anyway. But if we are willing to defy self-preservation, we will find a true life that can’t be lost. And this discovery can give birth to defiant joy and unhindered courage far beyond anything the world has seen.